Mac mini has always held a special place among Apple products. Usually, it was bought by those who did not want to spend a lot on laptops or PC and wanted to try MacOS. But now Apple has a wide range of computers. The prices for them do not please many buyers at all.

Of course, there were also frostbitten users. They were not satisfied with laptops, but there was not enough money for an iMac and Mac Pro. So, the Apple Mac mini is a good solution for such people: a small, less expensive, and quiet box. It is relatively mobile and lightweight, and you can connect almost any monitor. So, today Experts at SocialTomatoes.com will review about the latest Apple Mac Mini.

The Mac mini line is rarely updated, but if it does, the changes are really big. The Mac mini 2018 was one of the best compact computers for good performance, connectivity, and build quality. In early 2020, there was a minor variation of the same model with two SSDs. However, the actual update happened at the end of the year with the release of the Apple Mac mini M1 2020.

The update was very significant as Apple installed its M1 SoC here, so the computer’s performance has skyrocketed. Otherwise, the new Mac mini PC follows Apple’s tradition. Considering the power and price, the latest model is one of the best mini PC today.

Apple Mac mini 2020 is still the only real small Mac. Of course, you have a choice between the 21-inch and 27-inch iMacs, which will also receive upgraded versions with an M1 processor. But, if you want a macOS PC that can be plugged into a TV, a spare monitor, or even a public information display, the Mac mini remains Apple’s best option.

Design is also an indication of flexibility, as the Mac mini is still ideal for a wide variety of purposes. It is both a productive system for everyday tasks, a home theater device, music, video player, and the basis for a digital display. Apple Mac mini M1 does not take up much space and blends perfectly with any environment, and the dimensions of its compact body are 7.7 x 7.7 x 1.4 inches. In the complete set with the computer, you only have a cable. The power supply itself is already inside the system.

Externally the Mac mini has remained practically unchanged since 2018, made of aluminum with a matte finish. The shape of the case is square, with rounded corners, a monolith – there are no seams and connections, only on the back panel there are keys and connectors along with the power button in the left corner. The only visible surface detail on the Mac mini M1 is a tiny LED indicator on the front right side to indicate that power is on.

As before, the whole lower part of the Apple Mac mini is occupied by a black round plastic panel. It also gives access to the internal components of the mini PC. Apple emphasizes that it should be opened in official service, although there is little point in looking inside the Mac mini. Unlike the 2018 model, the M1 version has all the system memory on the SoC module. You also won’t find the SO-DIMM slot. So you won’t be able to carry out at least some upgrade. How much RAM and internal memory you choose when buying; will remain the same.

The back panel of the Apple Mac mini 2020 is the main external difference from previous models. You have a separate Ethernet port, two USB Type-C / Thunderbolt 3, HDMI out, two USB Type-A, and a 3.5mm headphone/microphone jack. Thunderbolt 3 connectors are capable of transferring data at speeds up to 40 Gbps and Type-A ports up to 5 Gbps.

In terms of displays, the Mac mini M1 can have two panels connected simultaneously – one via Thunderbolt and the other via HDMI.

Apple offers two basic configurations for the Mac mini M1. The first one costs $699 and has a 256 GB SSD, the second – with a 512 GB SSD will cost you $899. However, for each version, you can choose a larger RAM and internal memory.

All the Apple Mac mini M1 2020 use Apple’s new SoC with 8-core performance and 8-core graphics cores. There is also an additional set of cores, which Apple calls a “neural engine”. The eight performance cores are divided into two sets. The first four perform tasks requiring high performance. The latter are energy efficient and are designed for processes that do not require a lot of resources. The same approach is used in all other Macs with M1 chips, except for the basic assembly of the MacBook Air, where we get not eight but seven graphics cores.

If you remember, the previous base model Mac mini ran on a quad-core Intel Core i3, and the more powerful one on a Core i5, although you could also choose a Core i7. The Mac mini in early 2020 differed from the 2018 version only in the amount of SSD storage (it became 256 GB and 512 GB) the processors were still different.

The 16GB RAM model is a more attractive option for content professionals. However, the approach to memory in the M1 SoC is different. Apple calls memory integration in an SoC a unified architecture. It reduces the latency between SoC modules when memory access for graphics and performance cores becomes faster.

Apple’s new M1 processor makes it hard to gauge the actual performance of the Mac mini. One of the reasons is the emulation mode. Best of all, Big Sur’s processor and operating system work best with the so-called Universal macOS apps. These include all Apple apps that are optimized to use the new chipset.

However, third-party software will need to be updated. All such programs will work through the Rosetta 2 emulation mode. But, even in this mode, the performance of the M1 is excellent.

The Handbrake 1.1.1 benchmark converts 4K video to 1080p, and Apple’s new Mini PC does it in 17 minutes, far worse than the Dell XPS 13 (15 minutes) and the HP Specter x360 15 (10 minutes). But, the new version of Handbrake 1.4.0 is a universal application and is more compatible with the M1. Here the updated Mac mini shows the result in 8 minutes. That’s better than nearly all of Apple’s new laptops – only the MacBook Pro does the same.

A similar situation can be seen in Cinebench. The R23 version is universal, but the R15 version is not. Even in R15 with emulation mode, Mac mini M1 is not inferior to its main competitor on Intel Core, while in R23 mini, it goes far ahead.

The graphics capabilities of the Apple Mac mini 2020 can be verified through tests built into games and GFXBench 5 Metal. The main competitors use the 11th generation Intel Tiger Lake processor with integrated Iris Xe graphics.

Surprisingly, even during the most demanding tests, the Mac mini with the M1 remains completely silent. The mini pc has an active cooling system, which is also available in the new MacBook Pro. However, it is almost impossible to hear its operation.

If you’re choosing a MacOS desktop, you have four main options. The Mac mini 2020, the relatively small 21-inch iMac, the 27-inch iMac for everyday and professional tasks, and the Mac Pro monster. Each device serves its own clearly oriented purpose, so there should not be any particular problems with the choice.

Apple Mac mini M1 2020 is an excellent entry-level desktop. It is one of the best mini pc for gaming. The Mac mini price is up to $649. It is hard to find a model that can show the best performance with the same attractive design and usability. So, I can safely say that Apple Mac Mini will serve you well both technologically and economically. 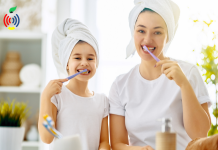 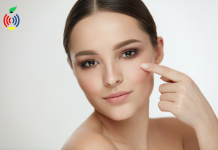 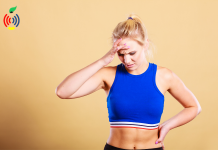