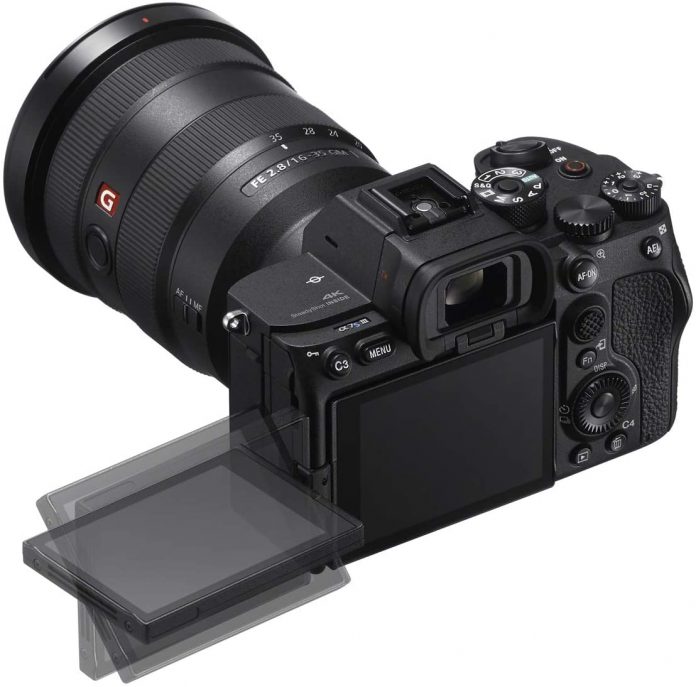 Sony recently announced the next generation of its video-oriented full-frame, the Sony Mirrorless Camera a7S III. In the years that have passed since the last version was released, many models from different manufacturers have appeared on the market that allows you to shoot great video. Today, Experts at Socialomatoes.com will compare the Sony Mirrorless Camera a7S III with its main competitors.

The Sony Mirrorless Camera a7S III, like some of the cameras on this list, have been released quite recently, so we will rely mainly on formal specifications. At this stage, it is difficult to give an unambiguous answer to the question, Which one is better?

This comparison should demonstrate how these models are different and in what situations this or that camera will be better. The final choice is always a very personal decision. So the fact that one of the cameras wins in terms of performance does not mean that this camera will suit you better.

We will compare the Sony a7S III with the Panasonic S1H, Canon EOS R5, and Sony a7 III.

The most obvious competitor for the Sony Mirrorless Camera a7S III among video-oriented mirrorless cameras is Panasonic S1H. The models are in the same budget segment, use a full-frame sensor, and come with many specialized features that professional videographers will love. These models are competing for the title of the best full-frame mirrorless camera for video shooting, but they are quite different devices.

These are two very different cameras, with a different approach to working with video. Sony is banking on reliability with its native 4K up to 120p, while the S1H offers a higher resolution of 6K. Also, Sony has a much wider choice of codecs, options, and shooting speed options for 4K. At the same time, the 12-megapixel sensor, although impressive for working in low light. It is still less versatile in terms of photography. On the other hand, the Sony a7S autofocus system outperforms the S1H contrast system.

Overall, if you do not need some professional tools, V-log format, and 6K resolution, then the Sony Mirrorless Camera a7S III looks like a more exciting option. With 15+ stops of dynamic range, an advanced autofocus system, and a higher frame rate in 4K.

Sony Mirrorless Camera a7S III and Canon EOS R5 are new models with the latest technology. If you are looking for a versatile camera that is great for professional video and photography, then the Canon R5 or Sony a7R IV is worth checking out over the a7S III. The a7S III focus on video. But the R5 also boasts some serious video shooting capabilities.

Of course, the Canon camera has more advanced specifications on paper. But in terms of practical advantages, everything is not so obvious. Video recording is limited in time, file sizes can be huge, and overheating is more than real. The R5 is much stronger as a hybrid camera, however. So if you need a model for stills and video, the R5 is a better choice. If you are almost exclusively into videography, then the practicality of the a7S III is more likely to suit you.

Comparison with other cameras in the a7 line, in general, will not be very fair. The a7S models were originally conceived as focused on video, while other cameras in the line are better at photography or act as universal hybrid cameras. However, we decided to include the a7 III in the comparison to show what you get with the a7S III compared to the more mainstream model.

If you need a camera for high-quality video, the Sony Mirrorless Camera a7S III is beyond competition among all Sony cameras. However, the a7 III is much cheaper and more suitable for those who take photographs, thanks to its 24MP resolution. The a7 III is generally a great option given its relatively low price. If you are just starting with filming or more into photography, then this model will be the preferred choice.

So, as expected, the Sony Mirrorless Camera a7S III looks to be one of the most exciting cameras on the market in terms of video recording. Even compared to models that offer higher resolution, the a7S III looks like a much more practical choice which comes with unlimited recording time, a wide range of codecs, and Sony full-frame mirrorless cameras – excellent autofocus, built-in stabilization, etc.