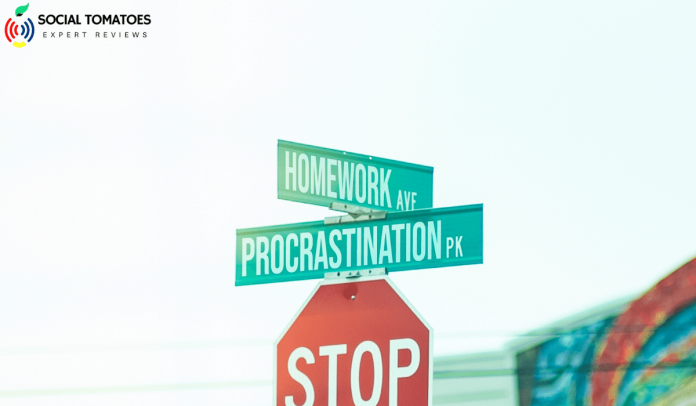 In today’s first pace life, everything needs to be done in time.  And this is the most productive we need to be. But there is a voice inside our head that tells us that we have enough time and we can accomplish it later. But the fact is, the voice that tells us to postpone our important job is called procrastination and it is our biggest enemy.

But you have noticed this voice won’t let you do your thing perfectly, and on time. If we think accordingly, one thing is clear we have to stop procrastinating,  if we want success and security in life. There will be no one time, that you have procrastinated and there were no issues afterward. This is the time you are going o change this bad habit with us and now let’s get started on how you can do that.

It is said that if you know what you have to do throughout the day, and write them down, half of your work is done. And making a to-do list should be a ritual for every person. Because this list gives you a sense of responsibility to do stuff and kind of forces you to finish your job.

So, get up in the morning and the first thing you want to do is to make a to-do list. And try to stick to that routine. And this is the thing that will help you the most to overcome procrastination.

Split your work into smaller goals:

To set unrealistic jobs is the main reason for undone work. If you are set for a day that has several important works, you are more likely to not do those things. So set yourself up for smaller goals. Let me tell you the benefit of that.

How to Overcome Procrastination

If you set a smaller goal, it is obvious that smaller ones are easier to achieve. That way, you can achieve a task by accomplishing a small goal. That will give you a sense of accomplishment and that thing works wonders to stop procrastinating. Because now you are going to want to do more of that stuff regularly and ultimately that will become a habit.

Making a to-do list is important. But you have to plan your day according to something that is a long-term plan. Suppose your weekly tasks. You have to finish some work in a week and you have to plan your week according to that. And when you know about your week, you will be much more efficient in making a to-do list. That will ultimately help you overcome procrastination. To stop procrastinating, making a long-term timetable is so much important.

This is the era of distraction. We have our phones and we have social medial. These two things altogether will make you a perfect excuse not to do the right thing at right time. And avoiding them is the best thing to do to remind yourself you have to be focused.  If you cannot get rid of them completely but you can control yourself.

Spare yourself some time for enjoyment but don’t make the mistake of doing fun all day long. That is the most important habit to form if you want to overcome procrastination.  If you ask me what is a major change to stop procrastinating I would say that this step surely.

Everything is earned by hardship. If you are scared of a job you are going to avoid doing that. That is pure logic. Because the brain functions that we. We are not meant to do hardship according to our brain. So when there is a tough thing to do, your brain tells you to stop punishing yourself and thus you do procrastination.

There will be people who will glorify multitasking. But that is okay from time to time. Like you have an early presentation tomorrow but you cannot skip on your fitness routine. At these times you kind of have to multitask.

But this kind of attitude will not work well for you in the long run. Our brain is not made up to function for multiple tasks at a time. You will never have any productivity if you want to do several tasks at a time. To overcome procrastination we have to set our priority of the day and look out for that.

Enjoy the smaller winning moment. That will give you enough dopamine to feel that every time. If you enjoyed winning once, your mind will trick you to do so several times. And that will be effective like hell to stop procrastinating. Overcome procrastination like a pro with this tip.

It is a psychological trick to make yourself do a task that you don’t want to do. That time you will say to yourself I am going to think about the task for 2 minutes only.

And after some time you will notice you are doing the job thoroughly for a longer period and that is not even bothering you. And that is a great trick to overcome procrastination.

Perfection is a myth:

Don’t make yourself fall for perfection because perfection does not exist. You are going to make mistakes and you are going to fall off the track. But that is not the end of the world. Forgive yourself and look forward to working hard. Ultimately that will pay off.

Making a task partner will make your job half done. Because half of the effort will be done by your friend. So make a perfect package with a friend to do stuff and that will ultimately do great for you. And that is how you can overcome procrastination almost half without any effort.

Habits are the slave of humans. A habit will form if you want to make it right and make it a part of your life. And in the long run, those habits will shape your life and your nature. Procrastinating is a major drawback in our productivity and it is a time when you need to be the best productive version of yourself. Make an active effort to stop procrastinating and be the best version of yourself.

The Psychology of Procrastination

Procrastination is a term that refers to a mindset, that tells you to postpone your task for later and in the meantime to take a chill pill. This is called procrastination.

The best steps to overcome procrastination?

The best steps are:

How can procrastination harm you?

It can be the main reason for your unproductive life of yours. If you want to stand out in your own eyes you have got to work for it. And procrastination can be a hamper in that process.

Social Tomatoeshttps://socialtomatoes.com/
Experts, from all over the world, share their experiences at Social Tomatoes regarding various products, the latest fashion, cosmetics, travel destinations and experiences, lifestyles, health and much much more. Our team of experts has Graduate and Post Graduate degrees from reputed universities of Canada, China, Pakistan, the UK, and the USA. These Experts are Practicing Professional who brings the best reviews for their readers.
RELATED ARTICLES
Lifestyle

The Best Met Gala looks of all time