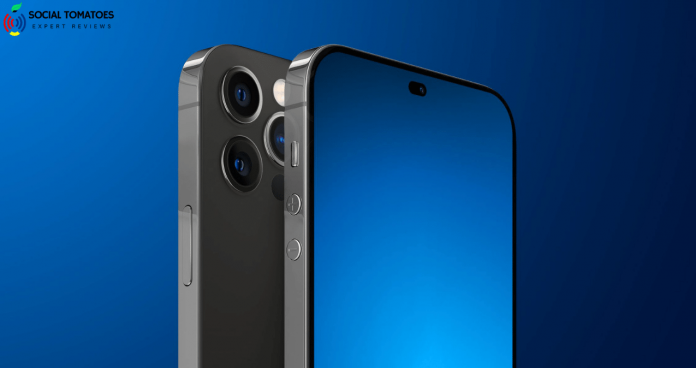 The iPhone 14 is not coming out until September, but anticipation is already building. Although Apple has not officially acknowledged the existence of its upcoming smartphone, the internet is storming with iPhone 14 rumors and discussion of a complete overhaul.

Ming-Chi Kuo, a top Apple analyst, believes the iPhone 14 lineup would include four smartphones, including two improved ‘Pro’ variants. So, although nothing is official, there are plenty of reasonable projections to consider.

We were huge fans of the iPhone13, therefore we have high hopes for the iPhone 14. Especially when the performance of the iPhone SE (2022) is comparable to that of the iPhone 13. Without further ado, here is all we know about Apple’s next-generation iPhone:

iPhone 14 Rumors At A Glance:

There is no word on when the iPhone 14 will introduce, but we can make a decent estimate based on Apple’s history of releasing new models around the same time each year, generally at a special event.

The iPhone 13 was announced on September 14, 2021, and it went on sale on September 24. While we are unlikely to see the iPhone 14 on those essential days in 2022, Apple usually releases new models on the first or second Tuesday in September, which would be September 6 or September 13.

Apple may sometimes unveil the phones on the first or second Wednesday of the month instead, but it seems highly probable that they will announce around those days. The iPhone 12 series was an exception, arriving in October 2020 due to delays and supply concerns created by Covid-19.

This year seems to be on track, with trial production beginning in late February, so there appear to be no delays.

A flat-edged design plan for the iPhone 14. Aside from the display, the general body design will alter. Jon Prosser claims Apple will introduce a thicker chassis with no bump for the rear camera.

The lenses, LED flash, and LiDAR scanner will allegedly be flush with the backglass to avoid a protruding camera design. The design reflects the iPhone’s early days.

In contrast to a flush camera, the iPhone 14 rumors to include circular volume controls like the iPhone 4 and 5 and mesh cutouts for the speaker and microphone instead of discrete holes. The display bezel size projects to stay unchanged.

Due to low sales of smaller devices, Apple is discontinuing the “mini” brand of phones. The iPhone 13 mini will be Apple’s penultimate little phone, with the company anticipated to shift its attention to larger iPhones in the future.

A 120Hz dynamic refresh rate display was one of the iPhone 13 Pro’s main advancements. Using its LTPO panel let the screen go from 120Hz to as low as 10Hz when required, saving battery life.

That doesn’t seem too different from the iPhone 13 range, however, the optics and sensors may distinguish.

Indeed, Ming-Chi Kuo (a reliable Apple analyst) claims the iPhone 14 Pro and Pro Max will feature 48MP primary cameras, up from 12MP on the current versions. He just reaffirmed this, and in December 2021 he reiterated it, so he seems pretty certain about this.

Also, according to another researcher, both Pro models in 2022 will have 48MP cameras. That’s not confirmation, but it bolsters Kuo’s assertion.

A periscope camera in iPhone 14 is also rumored, with a patent to back it up. Most reports say it won’t be till the iPhone 15 or later.

We’d be surprised if Apple removed the Lightning connector from the iPhone 14, but a new EU request might kill it.

The iPhone 14 will almost certainly have a new processor, perhaps dubbed the A16 or A16 Bionic. Ross Young says it’ll be produced using a 4nm technology, so it’ll be a decent upgrade over the 5nm A15 Bionic in the iPhone 13 series.

This technique might potentially reduce to 3nm (via MacRumors). TSMC (the firm that makes the chipset) is reportedly trying to convert to a 3nm (or 4nm) technology.

It’s also possible that just the iPhone 14 Pro and iPhone 14 Pro Max will receive this processor, leaving the other versions with the A15 Bionic. The same source states all models will have 6GB RAM. Several publications now highlight the divide in chipsets.

The iPhone 14 Pro and iPhone 14 Pro Max would also have 8GB of RAM. So far, the iPhone has had the most RAM (6GB). However, we’ve heard that all models will feature 6GB RAM, which is an increase for the lesser models but not for the Pro.

The iPhone 13 Pro models raised the maximum internal storage from 512MB to 1TB, and we’re hearing the iPhone 14 Pro models might quadruple it again — to 2TB.

Beyond that, some sources say the iPhone 14 will have under-display Touch ID, but Mark Gurman (a reliable Apple leaker) says that although Apple tried it, it is now all-in on Face ID, so it seems like this won’t happen — and if it does, it will be with Face ID rather than instead.

Another source says no under-display Face ID, so this seems improbable. A move from Lightning to USB-C is also rumored but improbable. Although just one source has verified it, Apple is contemplating it for the iPhone 14 Pro and iPhone 14 Pro Max.

The iPhone 14 will support 5G, and a patent which means that it may contain a new version of 3D Touch that uses haptic feedback to make interactions more natural. But, like other patents, we shouldn’t expect much from this one.

Apple may also convert from a conventional SIM card to an eSIM (which you can’t remove). It’s already in the iPhone 13 range, but it’s an addition, not a replacement. If Apple does not provide dual-SIM variants with the iPhone 14, it will likely sell eSIM-only ones.

The report suggests that Apple’s new iPhones will be the most revolutionary in years. A redesigned design, faster A16 Bionic technology, a better main camera, and maybe Touch ID are all expected from iPhone 14.

The iPhone 14 Pro variants are rumored to include the most substantial changes, including an under-display Face ID and a punch-hole front camera. They may also have USB-C ports. But the conventional iPhone 14 range may also be shaken up, with the tiny possibly being replaced by a 6.7-inch iPhone 14 Max.

Why Is The iPhone 14 A Test Model?

The iPhone 14 is said to be in trial production. In the phone’s production process, this is vital. The goal is to complete a device’s design, calibrate quality assurance testing devices, and discover production difficulties.

What Is The RAM Of The iPhone 14 Pro?

The iPhone 14 Pro may include 8GB of RAM, a significant upgrade over its predecessor and a threat to the Samsung Galaxy S22 Ultra. Naturally, Apple is tight-lipped regarding its forthcoming iPhones, particularly about release dates and prices.

Will The iPhone 14 Be Priced Similarly To The 13?

How Big And Heavy Is Apple iPhone 14?