Impact of eating disorder in teens 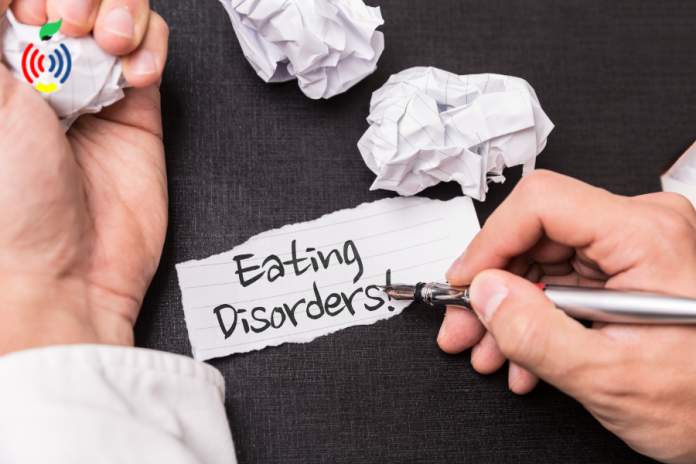 Which category do you belong to? One who eats to live or the other who live to eat? Of course, you want to be in the first category, as, eating is not the only thing in life, but for some people it is. For some, eating habit is a matter of life and death. Yes! we are discussing patients with eating disorders.

However, surprisingly, eating disorder ranks among the 10 leading causes of disability among young women; and it has the highest mortality rate in all mental problems. Yes! You read it right; you can die of a bad eating habit. Eating disorders are extreme conditions that impact the lives of thousands and millions of people around the globe. About this prevailing problem, experts at socialtomatoes.com have brought forward some astonishing information and facts.

An Eating disorder is a serious mental illness characterized by disturbed eating habits. Only in the USA, there are about thirty million people who suffer from such eating disorders. Subsequently, there are following different types of eating disorders having the potential to ruin lives.

These are all very grave conditions for which treatment is mandatory to save lives. Hence, read this blog till the end to ensure that you do not lie in any of above mentioned categories.

What is eating disorder?

Before we move forward, we first need to clarify that eating disorder is not caused by eating some particular food; while it is an abnormal psychological condition in which your eating habits are peculiar and weird.

Concerns of eating disorders in adolescents have increased over time as it affects 10% of the global girls’ population.

When do we get eating disorder?

Statistics shows that 2.7% of teens in the U.S undergo eating disorder between the age of 13 and 18. Entering into puberty can be coupled with intense emotions, stress, and confusion. This period of physical and social development is what makes teens susceptible to developing eating disorders.

It must be shocking to know that that 4% of adolescents and teens aged between 13 to 18 suffer from anorexia, bulimia, or binge eating disorder worldwide. Hence, due to unhealthy weight control behavior, 30% teenage boys and 50% teenage girls experience this disorder in their teens. Now, let’s have a look at each condition in detail.

Anorexia is an eating disorder which restrict caloric intake due to the intense fear of weight gain. Teens with anorexia engage in some level of self-starvation. Anorexic individuals are mostly obsessed with being slim or thin. Moreover, 90% of teens with anorexia are female; and young women with anorexia are 12 times more likely to die then normal women of same age. Moreover, Anorexia nervosa is the third most common chronic illness among teenage girls. It also has the highest mortality rate of any psychiatric disorder. Almost one percent of American women at some point in their life suffer from anorexia. This condition is closely linked to depression as well. Many people die from anorexia and one in five of those deaths is attributed to suicide.

Teenagers with bulimia nervosa, first overeats uncontrollably, and then vomit out the food to compensate for overeating. Isn’t it gross that first they eat a lot, and then intentionally vomit to get the balance? So, why not eat under control in the first place? This is what a psychologically impaired person cannot think of. Bulimia nervosa is even more common among American women; with one and a half percent of women at some point during their life, suffering from it. By the age of 13, eating disorders become more common in girls. Hence, by the age of 15, girls are three times more likely to show disordered eating than boys. Therefore, both anorexia and bulimia nervosa have a peak incidence in the age group of 16 to 17.

Binge-eating disorder is characterized by excessive eating; leading to obesity, diabetes type 2, and other similar complexities.

Pica is an eating disorder which is less common, but still is worth noting. In this condition, people have strange urge to eat items that aren’t food. People suffering from pica will eat non-nutritive substances on a somewhat consistent basis.

How do you know that either you, or someone near you, is suffering from this condition? For this, you need to know the symptoms. Therefore, the core symptoms of eating disorder include:

Why do we get it?

You must be urging to know what may cause these awful behaviors? Here are some of the reasons.

Knowing the core features, risk factors, and causes; we have understood the problem and its severity. Even if the disorders are complex, there are still some feasible treatments.

Boys makeup approximately 10 to 15% of the adolescent and teenage population with eating disorder; but, are much less likely to seek treatment due to the gender stereotypes surrounding the disorders. Hence, in order to treat boys, continuous attention by parents or loved ones is needed to encourage them to have the treatment.

Do you have anyone with this condition in your surrounding? If yes, then what do you intend to do for them? Which treatment will you suggest to him or her? As an important member of your society, how will you play your role for these patients with eating disorders? Do tell us in the comments section below, and subscribe to socialtomatoes.com for more information about health and related products.

Doctor Alihttps://socialtomatoes.com/
I am Dr. Ali Ahsan, a dedicated healthcare professional, and an amazing content writer. It’s been 5 years Since I am practicing my profession. I am a lecturer in a medical college and a practicing doctor in a private medical center. Apart from my professional duties, I loved to give my precious time to my utmost interest which is medical and health article writing. I have been writing medical and health blogs for leading websites including Medpics.com, socialtomatoes.com, and many more.
RELATED ARTICLES
Health

How Long Do Strawberries Last?