How To Install Android Apps On Windows 11? 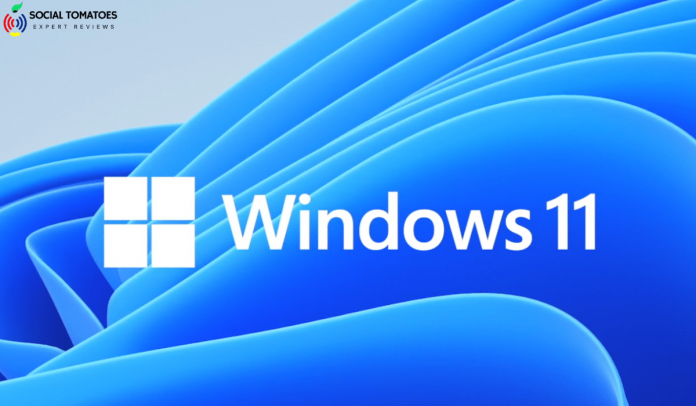 A deal with Amazon allowed Microsoft to bring Android applications to Windows 11—the best surprise Microsoft had planned for the operating system. In a single stroke, Microsoft significantly enhanced the Microsoft Store’s functionality.

Although only available in the United States at this time, the much-anticipated update is finally here. We have put up a step-by-step guide to getting you up and running with Android applications, whether you choose to use the official approach or take the risk of sideloading.

How To Check If Your PC Can Run Android Apps?

For those who don’t want to spend the time looking out their system’s specs and comparing them with Microsoft’s official list of prerequisites for running Android applications, here’s a shortcut. Log onto your PC and visit the Microsoft Store.

You may also search for Amazon Appstore in the Store app. Find the System Requirements section in the Appstore listing. You should see a green checkmark with some text confirming that your system fits the criteria.

Otherwise, you may see the whole list of criteria by selecting “Show more” and then “Show additional requirements”. When it comes to using the function, it might be as easy as updating Windows 11. The list will inform you whether this is the case. Updates may be found by opening the Settings app and selecting Windows Update > Check for updates.

How To Install Amazon’s Appstore To Access Android Apps?

Click the “Install” button in the Microsoft Store app while you are still on the Amazon Appstore. During the installation, a new window will pop up to inform you of the specifics. After reading through everything, click the Download button and wait for the Microsoft Subsystem for Android to download.

It’s time to open the app store when you have completed the download. Depending on the speed of your machine, the Windows Subsystem for Android may take a minute or two to begin loading. When it’s finished, you will be prompted to check in with your Amazon account on a splash screen for the Amazon Appstore.

Once you’ve set up the Appstore and joined in, you’ll be able to look through the various applications and games. There aren’t many choices at the moment. Most of the items in the catalog are games, mostly for children. On the other hand, some applications are worth checking out. One example is Amazon’s Kindle app.

Just as on an Android for Fire device, you may install an Android app by clicking on the app icon. The Appstore will take care of the rest when you choose “Install.” The install button will change to Open after it’s finished. To do this, just press the button.

How Do Android Apps Compare To Windows Apps?

Android applications are similar to regular Windows programs, other than the fact that they have a distinct look and feel. They shall appear in your Start menu and maybe pinned to it or your taskbar if you want to use them often.

In most cases, you can interact with the programs using your mouse, keyboard, and/or touch input. Android applications may often be scaled at will, but bear in mind that many do not design for usage in landscape mode.

Make sure your applications load quickly by keeping WSA working in the background. It may theoretically impact your PC’s performance, but we haven’t observed any concerns thus far. It’s possible to inspect files related to or downloaded by Android applications, choose a GPU for graphics, and activate developer mode if you intend on sideloading apps.

What About Installing Apps That Aren’t On The Amazon Appstore?

Although the official apps aren’t all that exciting, and since Google doesn’t appear to have been involved in creating this new feature, you won’t find any apps that rely on Google services.

The WSA allows you to run all kinds of Android applications on Windows 11 despite our recommendation that most users stick to the official Android app store. To get around the need for Google services, you’ll have to put in some effort and find workarounds. Many individuals have managed to install unofficial Android apps on Windows.

Sideloading applications should always be done with extreme care. In most cases, any sideloaded application would behave strangely or not run at all. You can sideload Android applications in many different methods, but I’m going to concentrate on the simplest approach we know of.

Make sure you’ve activated Developer Mode in WSA Settings, as indicated in the previous section, before proceeding.

Afterward, download WSATools from the Microsoft Store and run the application to complete the process. There are two things you can accomplish with this program. To begin with, it downloads and installs the Android Debug Bridge.

One thing to keep in mind is that some people have had issues downloading ADB using WSATools, in which case you may search for it on Google and manually download it there.

The second benefit is that you don’t have to use the command line to install Android programs (.apk files). APKMirror and APKPure, two popular APK download sites, have hundreds of applications’ APKs. Using WSA Tools to install an APK is as simple as pointing WSA Tools to the file.

What Android Apps Can You Get On Windows 11?

There are already more than 1,000 applications available in the Amazon Appstore for Windows. Many of them include games like Lords Mobile, June’s Journey, Coin Master, and reading applications like Kindle and Lego Duplo World for children. Because of the unavailability of Google Services, popular programs like Gmail and YouTube aren’t available.

The sideloading technique has the same problem. It is not possible to install apps that use Google Services or have divided installation files (APKM). If you can locate an APK file, you can use this method to install more than 50 different apps on Windows 11.

If you want access to the whole Android app catalog, you may sideload the Google Play Store to download and install google play apps on windows 11. The following link will take you to our in-depth look at it.

The benefit of native Android emulation on Windows is that no third-party Android emulators are required. Many applications exist for this, such as chatting with friends on WhatsApp or playing mobile games on a PC.

As soon as the final version of this functionality is released, the process of downloading Android applications on Windows will become faster and easier, perhaps for the rest of our lives. Compared to third-party emulators, it should use fewer system resources. We anticipate this feature to be smooth sailing when it’s ready for public release, so far it has a few hiccups.

On Windows 11, How Do You Remove Apps?

It is possible to remove programs from the Start menu in Windows 11. If you wish to uninstall an app, pick All Apps, right-click on the program, and select Uninstall. Another option is the three-dot button under the program you want to uninstall, which can be found under settings > apps > apps and features.

How Can You Stop Windows 11 From Running Background Apps?

Navigate to Settings > Apps > Apps and Features. You may stop an app by clicking the three-dot icon next to it and selecting Advanced Options. Once you’ve done that, go to the Background Apps Permissions section and choose Never.

Apple Vs. Android: Which Is The Better For You?
Best Ways To Increase Natural Light In Your Office
10 Best Free Movie Apps For iPhone In 2022: