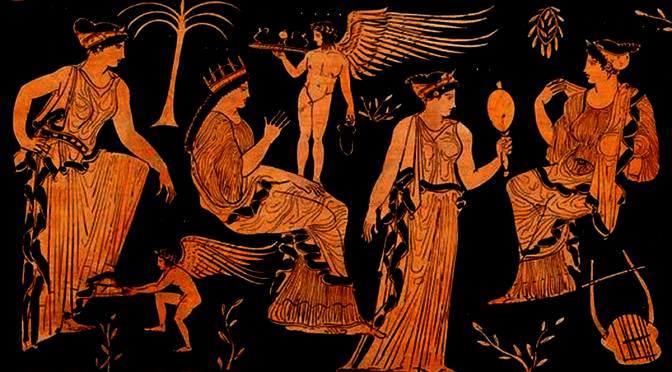 Since I was a kid, I have been a Greek Mythology Books lover. Hence, my first book-loving memories are of hopping up on the top bunk (my favorite reading spot) and reading my illustrated ancient Greek mythologies/ classics for hours. My fascination with the drama–worthy cast of goddesses and gods, heart-breaking tragedies, and fantastical shifts from human to the beast and back again has only grown stronger over the years. Greek books (translations, commentary, or even the retellings) continue to be some of my favorite reads.

Therefore, in order to share my awesome Greek Mythology Books reading experience and my expertise in this subject, I have prepared a list of 10 Greek Classics. So, I considered the fictional retellings, nonfiction commentary, as well as books for teens, middle graders, kids, and authors, the books that all Greek Culture lovers must read at least once in their lives. Moreover, all these books are also available on Amazon. Hence, leaving no reason for you, not to read them. So, here we go!

Oedipus the King was known in Latin as Oedipus Rex. This is an Athenian tragedy by Sophocles that was first performed c. 429 BC. It is a story of Oedipus; who becomes the king of Thebes. He was destined from birth to murder his father to marry his mother. It is an example of a classic tragedy and is considered as one of the best over the centuries. Moreover, it also inspired Freud to come up with the Oedipus Complex.

Click here for the Amazon link for Oedipus Rex by Sophocles.

They are extracts of the teachings of the Stoic philosopher Epictetus from 108 AD. This is a seminal work of Stoicism and a must-read if you are interested in the topic. This and Meditations by Marcus Aurelius. To be more precise, Stoicism is basically about being indifferent to your surroundings and becoming a big deal in Greece as the states became more and more weakened (during the rise of the Roman empire). Hence, it will give you an idea of how the Greek mindset became during their last days of prominence.

Click here for the Amazon link for Discourses of Epictetus.

This a comedy, written by Aristophanes. It was performed at one of the Festivals of Dionysus in Athens, in 405 BC/ There, it received first place. It is a story of the god Dionysus, who, despairing of the state of Athens’ tragedians, travels to the underworld to bring the playwright Euripides back from the dead. Surprisingly, it’s pretty interesting and still funny today. If you want to see how ancient Greek comedy sounded like, this is the place to start.

Click here for the Amazon link for The Frogs by Aristophanes.

Works and Days by Hesiod is a didactic poem of around 800 lines written by the poet Hesiod in around 700 BCE. Its a farmer’s almanac in which Hesiod instructs his brother in the agricultural arts. Here, he also gives extensive moral advice on how to live your life. Hence, it is a book which explains two major stories about the human condition: the story of Prometheus and Pandora, and the so-called Myth of Five Ages.

Click here for the Amazon link for Works and Days by Hesiod.

This is a work of political philosophy; the title literally means “the things concerning the polis.” Every law major should have this book on his reading list, Aristotle discusses the boundaries of citizenship, the classification of the constitution, political theory, types of democracies, and even how education should be conducted in the state. In this book, you will find him defending democracies as a good form of government when compared to others, where he said that tyrannies were unstable.

Click here for the Amazon link for Politics by Aristotle.

This is the only surviving Hellenistic epic, the Argonautica which tells the legend of Jason and the Argonauts on their mission to retrieve the Golden Fleece; and Jason’s relationship with Medea and how he betrays her (spoiler alert?). Which later gave Virgil a model for his Roman epic, the Aeneid. So, this book is a real adventure and still holds well today. Read it, and you will realize why Jason was a piece of work.

Click here for the Amazon link for Argonautica by Apollonius Rhodius.

The Republic by Plato

One of Plato’s most famous works, this is a Socratic dialogue discussing the meaning of justice, different forms of government, and how the perfect city-state should look like. This book also contains Plato’s famous allegory of the cave, which I will explain another day. If you want to know what ancient Greece’s idea of a utopia was, read this book.

Click here for the Amazon link for The Republic by Plato.

Written around the 450’s BC, the book is a massive record of all the ancient traditions, politics, geography, and wars happening in the known world at the time. It tells the story of the rise of the Persian Empire and the Greco-Persian Wars. Herodotus makes the war sound like one between the forces of slavery (the Persians), and freedom (the confederacy of Greek city-states) on the other, sounds really familiar. Therefore, if you really want to understand the time period, this is the book to read, just have a lot of free time ready, because, its a long read. Or, if you are just interested in the Peloponnesian war, then the History of the Peloponnesian War by Thucydides will be a more precise read.

Click here for the Amazon link for Histories by Herodotus.

This is the biography of Cyrus the Great, written by the gentleman-soldier Xenophon in the early 4th century BC. Its part biography and part written as an advice book for the ruler. Therefore, it started the genre called “the mirror of princes”, which is basically a ‘how-to’ book on being a king. Thus, this book is highly readable and its always good to read the book which later on inspired the infamous “The prince”. Xenophon himself was in the army called the “Ten Thousand”, which were hired by Cyrus the Younger, and had an interesting story of their own. Therefore, if you want to know more about the “Ten Thousand”, read his other book, Anabasis (which is also worth a read).

Click here for the Amazon link for Cyropaedia by Xenophon.

The Iliad and The Odyssey by Homer

Theese were written around the 8th century BC, but we are still not sure who Homer was. Many of you must probably be expecting this to take the top position and I tried finding a better Greek classic but couldn’t, these two books really do deserve the top position. If you want to read only two books from ancient Greece, then it has to be these two. Now, I have listed them both together because they are the continuation of one epic story, and reading only one is missing out on the great adventure the other has. To go over it briefly, Iliad is the story of the Trojan war, with its rage, fueled hero Achilles. Odyssey is the story of the 10-year long return journey of Odysseus after the end of the aforementioned war.

Click here for the Amazon link for The Iliad and The Odyssey by Homer.

This is the list of Greek Mythology Books which I have found to be really amusing and fascinating. However, I am sure that there are many other books which I have left out. So please do comment below regarding which others should I consider in my next article regarding the best Greek Reads. Till then, keep visiting SocialTomatoes.com and take care!