DMX’s Net Worth | How Rich is DMX 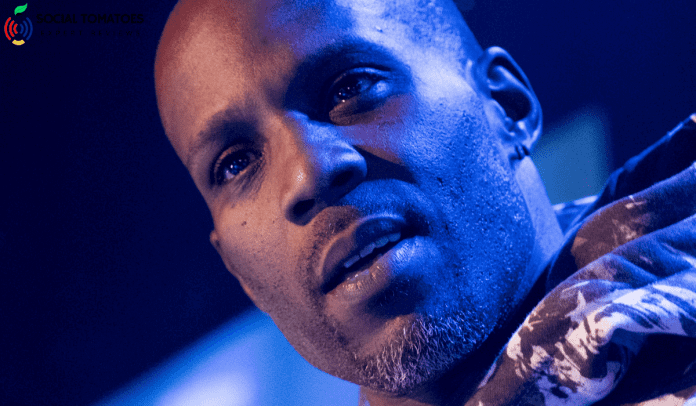 Earl Simmons, better known as DMX, was an American rapper who rose to prominence in the late 1990s and received critical praise for his gangsta rap albums. He was recognized for his quick delivery and lyrical narrative, which rivaled Tupac. The rapper has a close friendship with Jay-Z and was one of Def Jam’s best-selling artists in the 1990s and briefly in the 2000s.

DMX’s run-ins with the police and growing record of offenses started to eclipse his rap legacy after his life. The reality about DMX is that he has been in legal issues since the 1980s, and in 2019, he was charged with 14 counts of federal tax fraud for failing to submit income tax returns from 2010 to 2015.

DMX was forced to pay $2.29 million in reparations by the court. The rapper died broke. It was projected that DMX’s net worth at the time of his death in 2021 was $1 million. His first album Dark and Hell Is Hot, which sold 251,000 copies in its first week, is his most well-known work. In the early 2000s, DMX’s net worth was believed to be $15 million.

“Party Up (Up In Here),” “What’s My Name?” and “X Gon Give It To Ya” are among DMX’s most successful songs. More details about their net worth are below in the article.

How Did DMX Build His Net Worth?

DMX released eight albums, five of which reached the top of the Billboard 200. The Recording Industry Association of America certified his second album, Flesh of My Flesh, Blood of My Blood, as multi-platinum.

His first album, It’s Dark and Hell Is Hot, has sold over five million copies to date, and his best-selling record is his third album,…and Then There Was X, which went 5x platinum in a significantly shorter period than his debut.

Although his later years were difficult, DMX continued to generate money via streaming platforms like Spotify. On the site, he had over six million monthly listeners, and his song “X Gon Give It To Ya” has had over 380 million listens. DMX has sold over 70 million albums globally to date, and a portion of his debt to the government is still being paid off.

DMX gained millions from record sales, but he also lost millions due to what must have been bad financial planning. Despite earning $2.3 million from his songs between 2010 and 2015, he filed for bankruptcy in 2013. According to Celebrity Net Worth, he showed $50,000 in assets and between $1 million and $10 million in liabilities at the time.

He was forced to pay back $2.29 million after being found guilty of 14 charges of tax evasion between 2010 and 2015. Not only that, but DMX was the father of 17 children, all of whom he had to pay child support. That, I believe, was the fundamental reason he filed for bankruptcy. Not to mention ladies, cocktails, and sports vehicles.

Why Is He So Famous?

Though DMX had a difficult upbringing, many credits it with helping him become wealthy, renowned, and successful. It not only helped him gain courage and brains through hardship, but it also provided him with many occurrences from which to compose his poetic themes.

The Oberheim DMX drum machine that gave DMX his stage nickname was one of several instruments he played while bouncing around children’s houses.

Though the meaning of the moniker was modified retrospectively to become an abbreviation for Dark Man X, we are sure that the name came from the drum machine he played with as a youngster at the children’s home.

In 1998, the rapper released his first album, It’s Dark and Hell Is Hot, to critical and commercial acclaim. The record sold 251,000 copies in its first few weeks on the market. It sold 123,000 copies in its second week of release. A four-platinum certification was given to the album by the year 2000.

The rapper’s second effort,…And Then There Was X, was an even larger hit the following year, debuting at number one on the Billboard 200 album chart, aided considerably by the massive lead song, “Party Up (Up In Here).” DMX has eight full-length albums to his credit at this point in his career, with five of them topping the Billboard 200 list.

DMX’s reputation rose in the late 1990s as a result of his dispute with Ja Rule and Jay-Z. Though the three had gotten close through working and appearing on one other’s albums and had even established a rap group called Murder Inc., their relationship soured. DMX started calling Ja Rule a “copycat” and accusing him of stealing his flows.

Though Ja Rule never got involved or retaliated, DMX released the diss track “They Want War,” which many consider to be the beginning of DMX’s demise. However, during that year’s VH1 Hip Hop Honors, DMX and Ja Rule put their dispute to rest.

Many people know the rapper best for his several trips to prison and expanding record of offenses. His first term was for stealing a puppy from a junkyard in 1986, but the crimes he committed became more heinous over time. A few years later, he was convicted of carjacking and sent to a higher security jail for attempting to extort narcotics from another prisoner.

Even after his celebrity, he was accused of offenses such as animal abuse, drug possession, and speeding. In 2017, he was charged with 14 federal charges of tax fraud and served a year in prison before his death.

What Made DMX Successful Early On?

We believe DMX had a complex existence. It’s almost as though a street dog or something was kicked about from the start. That is not meant to be disrespectful in any way. A great artist, in our view, has to endure difficult experiences to reach that creative unreachable place that is beyond of reach of the common critics and jokers on the sidelines.

DMX never compromised or sold off his individuality. Even in the movies he acted in, such as Cradle 2 The Grave and Exit Wounds, he was always the tough guy, and he never surrendered it for the role of a family man, as many prominent rappers of the 1990s did.

No, DMX was very aware of who he was and who he was not. He prioritized expertise and the image he wanted to project above money. Or, more accurately, who he was.

The rapper’s dual-minded narrative made a big impression on audiences, as he alternated between warning listeners about the risks of money and violence and singing about robbing a liquor shop, sometimes even inside the same song.

People were drawn to the storylines he created, whether true or made up, and his fame skyrocketed consequently.

He is the first rapper to have two multi-platinum albums published in the same year, and this is due not just to his delivery but also to the producers he chose to collaborate with.

DMX was skillful enough to collaborate with some of today’s top producers, who were relatively unknown at the time. Swizz Beats, P. Killer, and Irv Gotti were among the producers that collaborated on DMX’s songs.

They were all included in his sophomore album, Flesh of My Flesh, Blood of My Blood. It was most likely a big part of its achieving triple platinum. DMX’s production selections, along with his rap flow and lyrical talent, helped him become Def Jam’s biggest artist in the late 1990s.

Maybe not in terms of actual cash, but DMX was a major winner in terms of popularity at the time. He was the rapper everyone was talking about, coming up strong and fast with wicked rhymes that still ring true today.

DMX’s highly praised and chart-topping record success may be attributed to his candid lyrical narrative and violent rap delivery. However, his ongoing legal problems and significant tax evasion left him with a net worth estimated to be -$1 million.

For a brief while, we believed things could change since DMX had re-joined Def Jam in 2019. They were meant to be in the middle of working on a new album. All of that came to a stop, however, when DMX died of a heart attack at 50.

Things change continuously throughout our lives. We’re going in and out of several rooms. Getting in and out of a car. Exiting or entering into a romantic partnership. That this underlying pattern would terminate in death seemed implausible to me. It’s like a nap and then waking up.

What Was DMX’s Net Worth When He Died?

DMX’s net worth was negative at the time of his death. He was worth -$1 million, according to Celebrity Net Fortune, although some estimates put his worth as low as -$10 million. How did DMX spend all of his money?

What Is DMX’s Total Debt?

DMX claimed in his application to have around $50,000 in assets and between $1 million and $10 million in debt to numerous creditors. Child support totaled $1.24 million of his bills. DMX’s attorney issued a statement explaining that the rapper’s debts have prevented him from acquiring a passport for many years.

DMX Has Sold How Many Albums?

Since then, DMX has sold over 74 million records worldwide, with 17.1 million sales in the United States alone. He has seven studio albums and five compilation albums to his credit, and he has acted in various films, including Never Die Alone.

You can read more blogs like this
What Are Non-Fungible Tokens And Why Do They Matter?
20 Hollywood Celebrities With Lazy Eyes
How To Use Copyrighted Music On Youtube Legally?